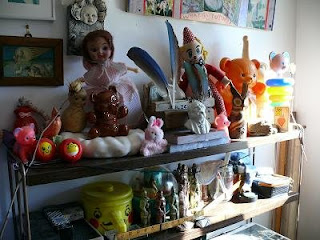 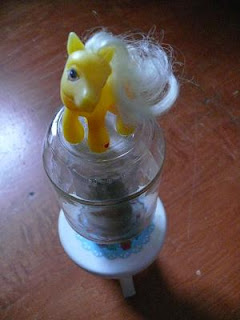 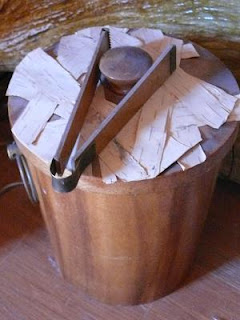 Ancestral
1
The lakelands west of the Abitibi east of the Driftwood -this is where the story begins. Solidly brought forth: ancestor to offspring carried forward through
a century
a land of winter
peopled by spirit & burden
command
fruitful
carried
Springtime in their souls Cold harsh spirit wanting
envelopped by the landwaters
north of the Height of Land
north of Shield
claylands flat into
green muskeg earth flowing into GreatNorthSea
flat landwater soul
delicious fragrant air
those first few people:
cree/franco/anglo/other
those people:us.
-this is a story of some of them some of us
2
Earlier in the South, Seaforth near the great lake Huron: Was it the Thirties or the Forties? Grace, you were there, fervent of spirit, a flapper, I was told.
I’m not sure what that means; but somehow I’m seeing a woman strong.
The few photos that I do have show a person of vibrancy. You, Jack and Glenn.
I try to make sense of the relationships.
Told that you were married to one of those brothers -my grandfather’s brothers.
One looks like me.
The blood flow of generations - to me, to this new century.
I figure maybe he was like me, too -not such a good choice
if it’s about Loving Woman.
I could see it in others of that family line, and there it is (maybe) in him.
Things are different now.
I’m sorry it wasn’t so for you, G., nor you, L. (but that’s another story).
This is Grace’s story, really.
I asked my mother’s oldest sister, about you, this summer
-to find out about you, about who you were.
She told me about Glenn joining the army during one of the wars -the second one, I guess.
Did he ask you, or did he just go?
I’m thinking, from hearing the stories, that it was probably the latter.
You were left then, with the children, with your hunger. So you dated.
Alice mentioned something about servicemen. And then the children were taken away.

It was a different time. Maybe Glenn and you wouldn’t have married
if things had been different for him and for you.
You could have found someone truly capable of loving you.
You could have been the person you wanted to be.
And he, the person that he needed to be.
(This is all speculation on my part, of course;
but the story does seem plausible.
I’ve seen it in my own lifetime -close to home.)
My favourite photograph of you is the one with the big toothsome smile, your 1920s hair.
I see a baby’s leg in the corner of the photo -possibly a doll.
The verdant lushness in the other photos tell me
the setting is Seaforth or Goderich -some Victorian garden, at an ancestral home.
(I’ve driven through there once, but not to stay.)
Your estranged son visited you in the nursing home
when you were older, is what Alice told me.
She lost touch with him
Was that your son in the photograph,
that chubby baby leg in the corner?

Grace, this story is not finished.
at 21 April No comments: 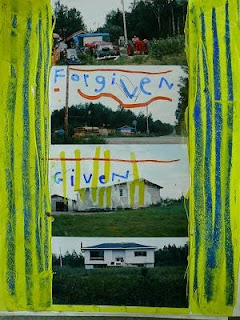 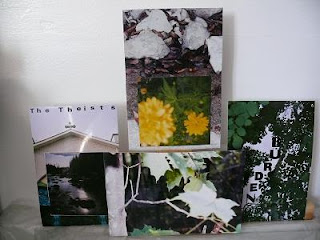 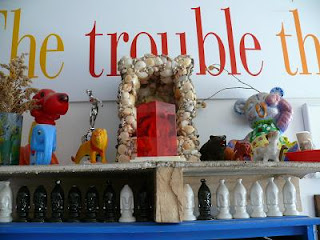 at 20 April No comments: 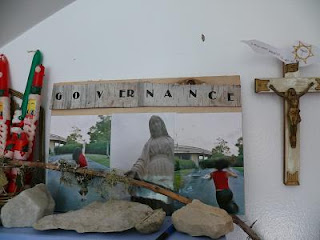 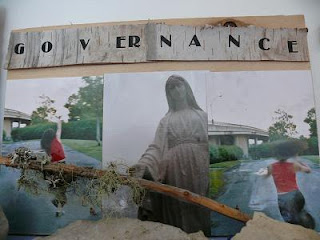 at 20 April No comments:

Email ThisBlogThis!Share to TwitterShare to FacebookShare to Pinterest
Labels: © Denis Taman Bradette 2007
at 20 April No comments:

Theories of Transformation & Belonging I 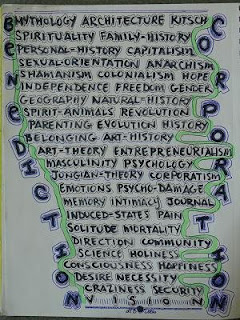 at 16 April No comments:

Here is my new (as of November 2022), evolving workspace in Cobalt (Timiskaming, Northeastern Ontario, Canada), which I envision as an artis... 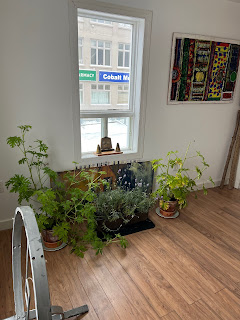